The three schools participated in the CIRO Final Competition, each of them presenting two innovative projects to contribute to the reduction of climate change and the improvement of air quality in their city. In addition, the students participated in different activities created by ARIEMA CRES and Cybercoach Smart.

Phase I: Develop an innovative project in the field of climate change mitigation and air quality improvement in their respective cities. 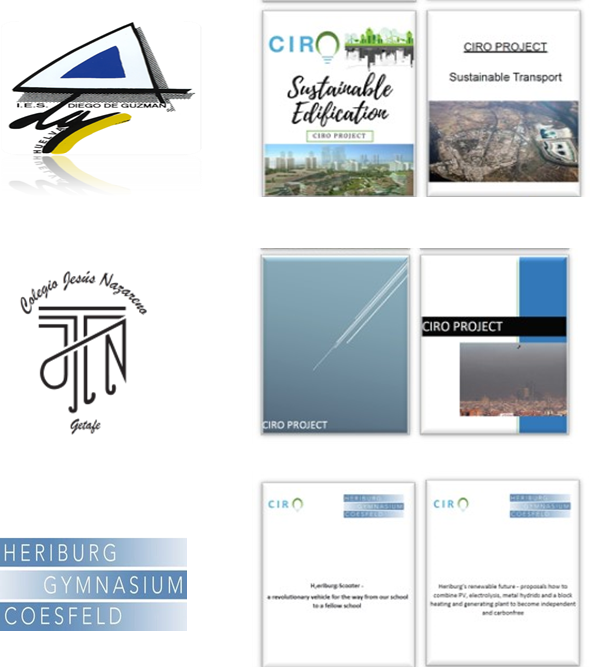 Due to COVID-19, the competition had to be held virtually. The activities were divided into three days with the following agenda: 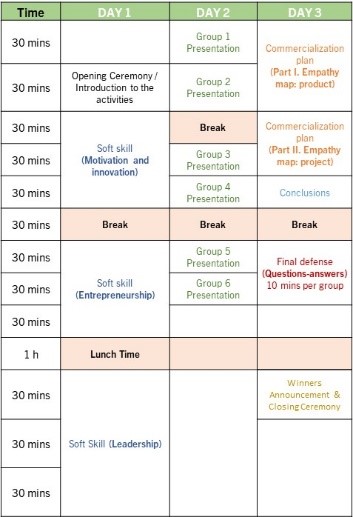 3 activities were proposed to improve students’ skills in: 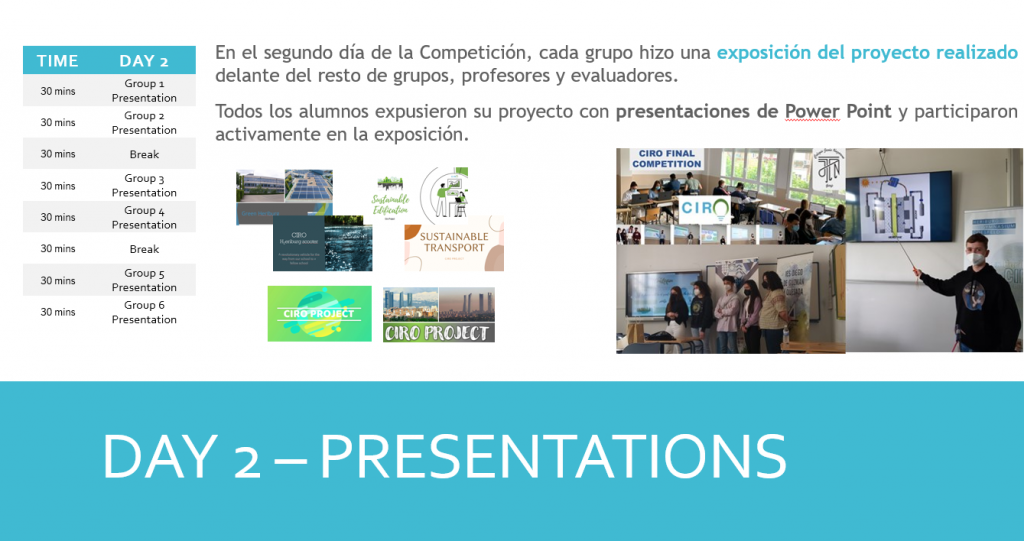 The last day of the competition featured 3 activities:

Phase II, Winners of the competition 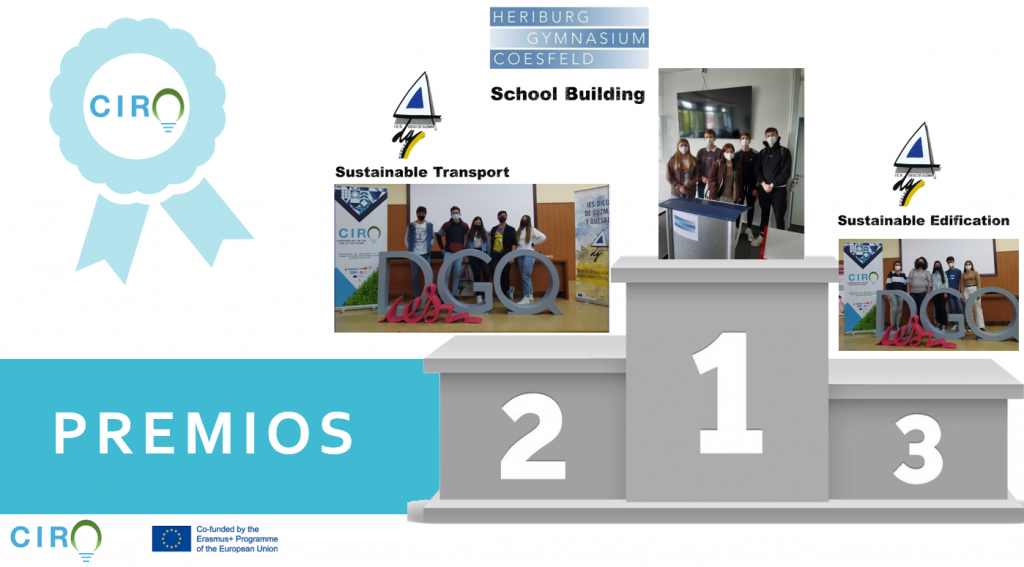 Phase II, Activities in addition to those initially planned

Due to COVID-19 it was not possible to hold the CIRO Final Competition in person, so it had to be held virtually, thus complicating communication between evaluators, teachers and students. For this reason, it was considered necessary to propose a series of activities prior to the competition so that they could rehearse in their schools with their teachers. 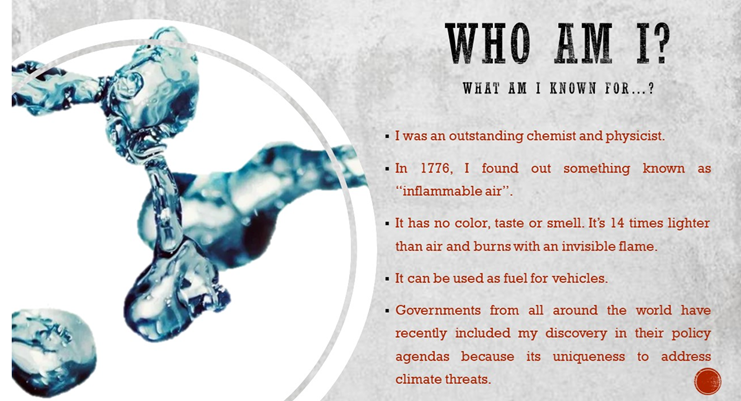 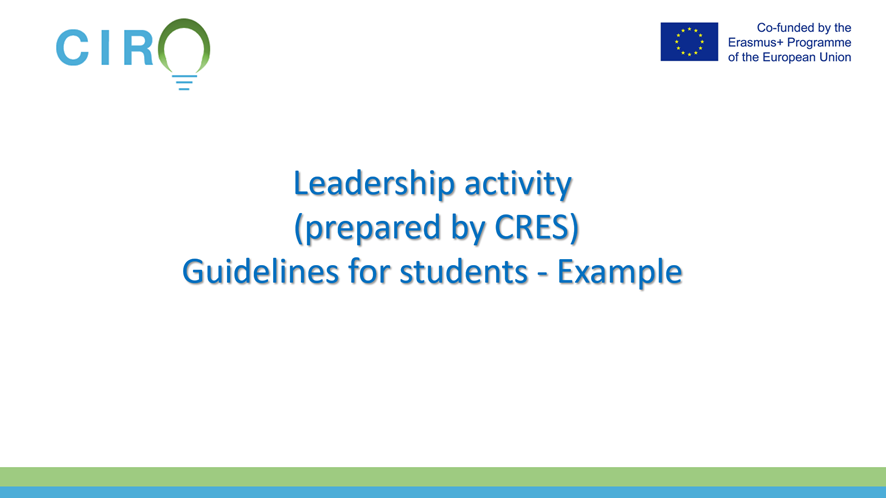 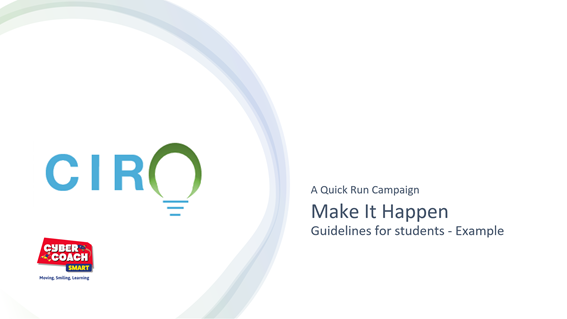 Additionally, there has been a lot of extra work that has had to be done during the final execution of the learning process described in the initial project. The teachers not only had to teach and work on the modules initially created but also had to include several videoconferences not initially planned, for students who could not go to school, so that, for example, they could learn how to design sustainable city models using resources they might have at home.

ARIEMA, CRES and CCS prepared a report for each school explaining the observations of C2 and the steps to be followed by teachers in their classes to improve the learning of this subject and the use of the training materials (O1 and O2). These reports will be delivered to the schools at the beginning of the 2020/2021 school year and will be closely monitored by ARIEMA, CRES and CCS until the end of the project.

In addition, IES Diego de Guzmán will update and improve the competition rules. These rules will serve as a roadmap for future editions of the Ciro competition.